July 28, 2021
July 28, 2021
Black women around the world have been setting the standard for what athleticism looks like.

Ahead, we highlight how Black women are making history, breaking records, and showing up in athletic spaces, despite misconceptions surrounding their identity. 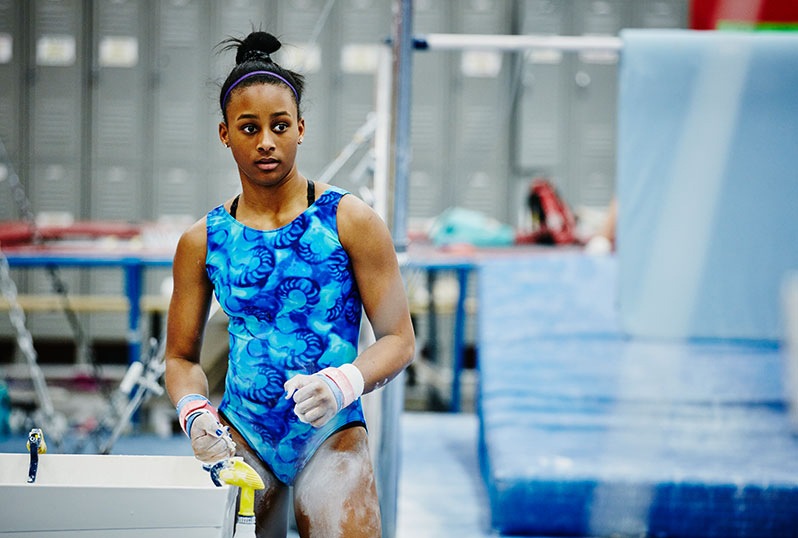 Black women have been categorized and compartmentalized throughout their life, starting with how they’re treated in relation to their bodies. Taller girls are expected to play basketball, not participate in gymnastics. Girls with muscular bodies are touted for their track & field efforts, but not for yoga and dance. When it comes to highbrow professional sports, Black women are, again, compartmentalized, but also disregarded for desires beyond their athletic interests. You could argue that for Black women, the phrase “Stay in your lane” feels especially exclusive—or worse, isolating. While criticism has gotten better, it’s not 100% free from the harsh rhetoric society chooses to serve.

Yet the data doesn’t lie. Black women have dominated sporting events for many years, regardless of adversity and unsolicited commentary surrounding their personal experience. From being called “The Fastest Woman in the World,” to winning multiple awards multiple times, Black women—whether an anomaly of the sport or not—have built a legacy of change, but also one of hope, perseverance, and pride.

Time and time again, Black women have proven themselves in spaces that considered them otherwise unqualified (even in cases where data mirrored the outcome!). Whether it’s a global multi-sport event, or an annual review, Black women not only deserve credit for their accomplishments—making history, breaking records, consistently showing up—but deserve safe environments to celebrate those wins, too. We believe Black female athletes around the world inspire the next generation, giving them something to believe in. With continued support, belief will turn into reality.

While the fight for recognition is frustrating, it’s imperative to note the positive changes along the way and celebrate the jaw-dropping moments Black women are having around the world, on both a local and national level.